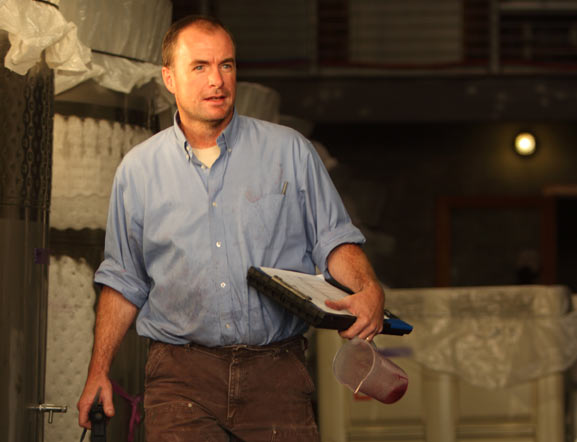 Eric Hamacher was born in and raised around Carmel California. His youthful work in the restaurants of the area introduced him to great wine, specifically Burgundy. Although Hamacher never intended to enter the winemaking business, he was drawn from studies in biochemistry to wine chemistry (enology). By the time he graduated from UC Davis in 1988, he already had worked four harvests and the die had been cast. It was clear that Pinot Noir would be his passion and Oregon was the Promised Land! He moved north and opened Hamacher Wines in 1995 with a focus on making elegant wines.

He worked as a “winemaking gypsy” of sorts moving production from facility to facility; that life came to an end in 2002, with the opening of a high quality, “incubator styled” multiple producer, winemaking facility called The Carlton Winemakers Studio.

He and Luisa live on a forty acre farm with their four kids and an ever increasing menagerie of farm animals.