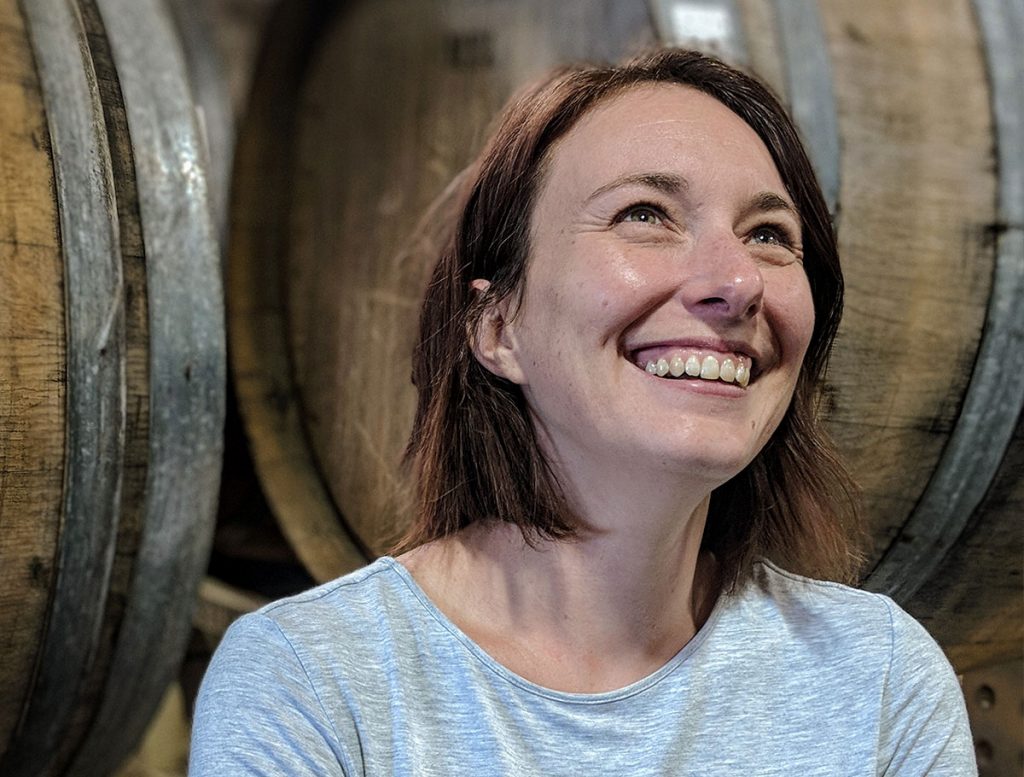 Cheeky, manky, bits, and bangs. These are not words that describe Mel, but words that you might periodically hear in Mel’s continued attempt to indoctrinate everyone around her into a pattern of colorful Aussie lingo.

Mel is funny and combines that humor with a dead-serious intellectual approach to systems and organization to improve the world around her. Given her experience in the wine industry, her world is broader than most.

After receiving a Bachelors of Agricultural Sciences with an emphasis on Oenology from the University of Adelaide in 2007, Mel began a series of short to medium-term positions across the world. In eleven years, she has worked twenty-three harvests spanning eight wine regions in four countries. Not including the Studio, she has worked for twelve wineries, returning annually to some (like Adelsheim – six harvests!) and working only one harvest at others.

Given that experience, her fondness for systems, learning, and lingo-filled banter, Mel is perfect for her position and the Studio and tenant winemakers couldn’t be happier to have her with us.